Average rating: 5 based on 4 reviews 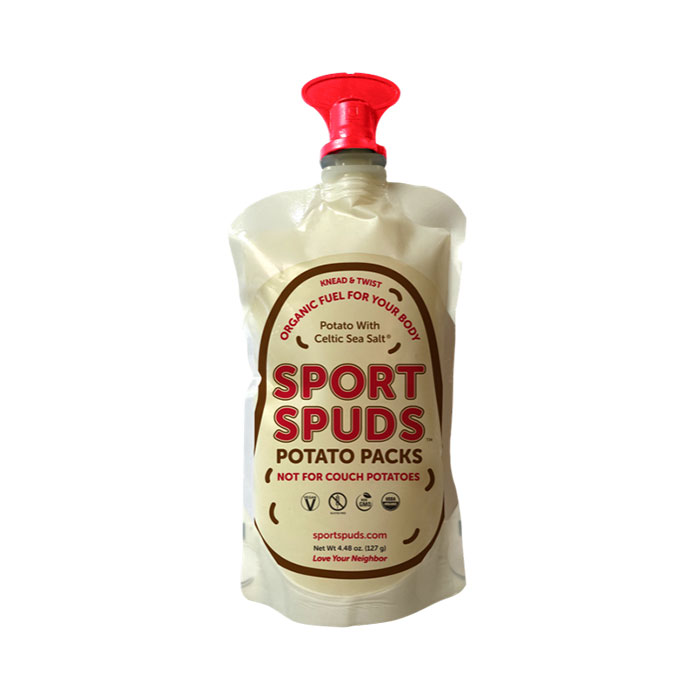 These are fantastic! Sometimes the gels can be tough to tolerate, especially, on long runs. Loved the smooth texture and hint of salt, which was just enough. Definitely gave me the energy needed to get through my 14-mile run:)

Tried my first pack of this in the middle of an 8 mile run. The main things I was curious about were the actual texture and of course the flavor. I like potatoes as much as anyone else and am always open to experiment with endurance fuel. I've found the "real" foods tend to work better for me in the long haul in terms of actual fuel but then I always run the risk of dealing with stomach issues if I eat too much.

The texture on the Spuds was good. Any concerns I had about it potentially being too "runny" or too firm were thrown out the window. No issues at all and I think it struck a nice balance.
The flavor was good. Obviously the plain is pretty plain, but there's always a little concern that a food could be a little funky when turned into an endurance fuel or come off as too salty. No issues at all for the remainder of the run.

I know it said it on the website, but it slipped my mind until I had it happen to me. I was feeling hungry like my stomach was empty because of how long it had been since I had eaten lunch. After the Spuds, I did feel more sated. I burn a ton of calories, so I knew one pack wasn't going to hold me over forever, but even just that one made a noticeable difference as compared to a gel. It doesn't quite match real solid food but that of course comes with its own dangers and caveats.
Looking forward to bringing some packs on some much longer runs and giving this a full test. 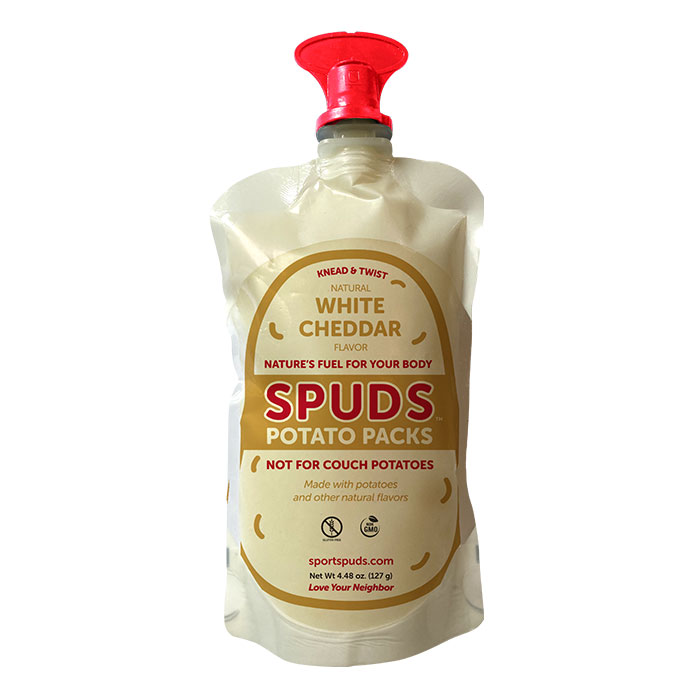 I love the White Cheddar Sports Spuds!! I haven't been too sporty lately, but it totally saved me when I had an upset stomach at work the other day. I'm making sure to keep one with me for an emergency snack! Will have to let the kids try it too, in case they need a backpack snack.

I received both cheddar and salt flavors. Yesterday while on a bike ride, I tried the cheddar, really liked it. It was easy on my stomach and made me feel full enough that I wasn't hungry. Honestly, I was so hungry when I ate it that I pretty much slammed it all in 2 squeezes. It tasted fresh, not processed, never repeated on me afterwards while continuing to ride hard. Packaging was perfect, arrived safely/timely. I'll be purchasing more in the future!